The Legacy of B Ruppe Drugstore and Maclovia Zamora

Located along the Barelas-South Fourth Street Historic District lies the B Ruppe Drugstore. Most people would recognize it by the iconic pink sign out front and the mural painted on the side of the building. The “B Ruppe” namesake came from German immigrant, Bernard Ruppe in the 1880’s. Originally located in Old Town, the B Ruppe Drugstore was the longest continuously operating pharmacy in Albuquerque. The pharmacy changed hands over the years and moved locations, eventually settling in the Barelas neighborhood in 1965, after Tom Sanchez took over the business. Tom’s sister-in-law, Maclovia Sanchez de Zamora began working at the pharmacy in 1981 when she moved back to Albuquerque after her husband’s military career ended. Maclovia’s renewed childhood interest in yerbas, or herbs, led the traditional pharmacy to evolve into a yerbería and a space of natural healing.

B Ruppe became a cultural institution in the community and a destination for those in need of healing when western medicine failed them. The store sold religious articles, over 200 different types of herbs, offered individual herbal therapy consultations, and classes on traditional uses of herbs. Maclovia was recognized both locally and nationally for her teachings and leadership in the study of yerbas and natural healing. She lectured at educational institutions and conferences and was invited by the Smithsonian Institute to present at the Center for Folk Life and Cultural Heritage. She was also awarded the Dolores Huerta “Si Se Puede” Award in 2011 for her contributions to the community through leadership, service, and education.

In addition to her recognition as a curandera, or natural healer, Maclovia was loved and well respected in the community. Kerry Bergen, local artist and friend of Maclovia Zamora of 12 years said, “Maclovia was there doing what her purpose was, in a very giving way. She wasn’t judgmental toward anyone and everyone was welcome at B Ruppe.” Kerry and Maclovia met after Kerry approached her about painting a mural on the front of the building. As she painted the mural, she became acquainted with Maclovia and they established a friendship. “When I began the mural project, Maclovia told me that many good things would come from it, and she was right. It opened many doors for me,” she said. Kerry recalled how people from the neighborhood would always stop in to say hello to Maclovia and while she was working on the mural project, neighborhood residents would stop by and donate materials. Maclovia and Kerry collaborated on several projects together throughout the years and it allowed Kerry to connect with the culture of the community as well as the B Ruppe.

Maclovia passed away in 2017, and the closure of B Ruppe Drugstore left a hole in the Barelas community. However, her legacy lives on through her teachings and through personal stories like Kerry Bergen’s. Maclovia’s work as a healer and herbalist are of great significance to our community, as well as her contributions to the art of curanderismo. New life will be breathed into the B Ruppe soon, as it operates temporarily as a community space that can be used for classes, lectures, and art events. Homewise, in partnership with the Barelas Community Coalition and the City of Albuquerque, will be hosting an open house on Wednesday, October 16th from 5-7 pm. Long term, Homewise is seeking a tenant that contributes to the health and well-being of the surrounding area and to pays tribute to the building’s identity, its cultural impact, and historical legacy in the community of Barelas. 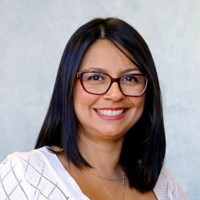