Renting vs Owning a Home

A Home of Your Own Beats Rent Receipts

Renting vs owning a home. What’s the best answer? The short-term goal of a monthly housing payment is to keep a roof over your head for the next 30 days. It’s the same whether that payment is for rent or a mortgage — the immediate benefit is shelter for you and your family. All else being equal, the best bang for your buck might seem to be the lowest monthly outlay for accommodations that supply what you need — as in a small, bare-bones apartment. So it might surprise many people to know that in today’s topsy-turvy real estate world, buying a house can be the better value in terms of your monthly out-of-pocket, as well as for your long-term financial security.

Rents, house prices and mortgages rates rise and fall with the economy and the markets. But that doesn’t mean they rise and fall at the same time. In fact, one of them going down can mean another is going up. For example, falling home prices have caused many homeowners who would like to sell their properties to stay put instead. This has caused an under supply of affordable houses on the market in many parts of the nation – and thus a greater demand for rentals. Landlords have acted in accordance with the economic law of supply and demand, raising rents as more people have sought to take apartments rather than buy homes of their own. But as house prices have remained soft, the direct cost of owning is cheaper than renting an equivalent home in many parts of the country – even in Santa Fe.

An analysis by Homewise Inc. looked at a three-bedroom, two-bath home in Tierra Contenta selling for $203,500. At recent mortgage rates, you could buy that home for $1131 a month, but the asking rent was $1350.

That’s likely because the current owner had paid more for the home than it is currently worth, and is stuck with an upside-down mortgage carrying a higher interest rate than today’s loans, which is often under 4 percent. The result is some pretty favorable math for the prospective homebuyer, though not for the unfortunate owner/investor.

Looking at the longer term, the news for the homebuyer just gets better – for the renter, not so much. The buyer taking a 30-year mortgage has locked in the same monthly payment for the entire period, while the renter is facing an average annual increase that historically has been about 2.5 percent, according to Reis Services LLC. Tightness in local rental markets has led to forecasts that rents in the Albuquerque area will increase 3.3 percent this year, 4 percent in 2013 and 4.5 percent in 2014.

Even if average increase were just 2 percent, the renter will be paying about $1.85 a month in Year 31 for every initial dollar in Year One rent, while the homebuyer will have extinguished the debt and be paying zero. Along the way, the buyer gets to keep, save or invest every incremental dollar the renter has to pay the landlord, which would amount to about $130,000 on a $200,000 house.

The homebuyer, too, is continually acquiring something the renter will never have: equity in a valuable asset. With each monthly payment, the buyer owns a bigger piece of that house until, eventually, he or she owns it all. It’s like an automatic savings account that keeps accumulating value every month, with the added benefit of keeping that very important roof over your head.

Assuming that someday the housing market gets back to normal, the house will have appreciated in value over the years, becoming an even more valuable asset that can help fund retirement, the kids’ college expenses, or a legacy for the next generation. And what does the renter have after making 30 years of escalating payments? Just as the old cliché goes, a shoebox full of rent receipts – and another bill due and payable by the 10th of the month.

The three most important things in real estate are said to be location, location and location, but timing in life is everything. And now is the homebuyer’s time. 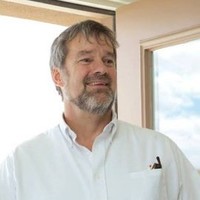 Is homeownership your goal?

Call Homewise today to speak with a Home Purchase Advisor